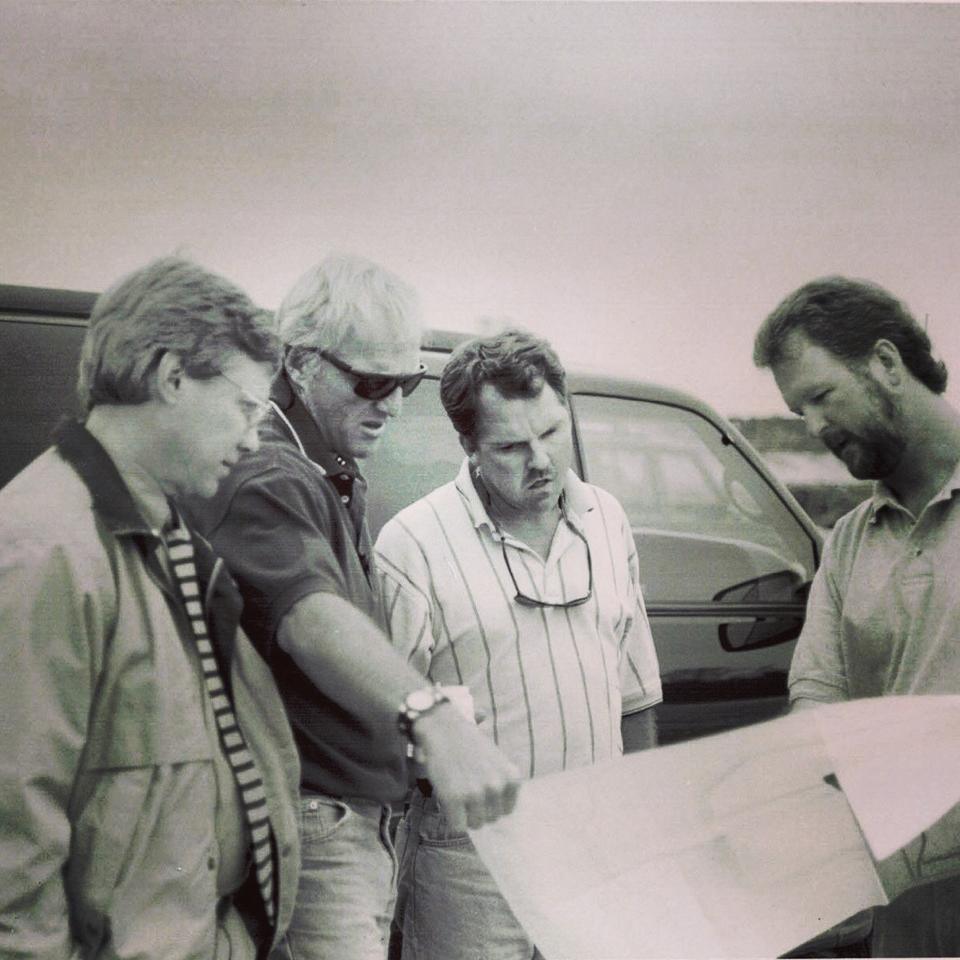 In one of the most ambitious golf course projects ever to hit the “Grand Strand”, Barefoot successfully opened four championship courses simultaneously, making it the only time a developer has opened four new courses at the same time in the United States.

The North Myrtle Beach area has a significant history that began more than 10,000 years ago when Native Americans here. It was once a resting place and part-time residence of the Winyaw and Waccamaw Indians who called the place Chicora, or “the land.” Hundreds of years later, the Spanish explored our coast as early as 1514. We were also sometimes home to the notorious pirate Blackbeard in the 1700s. The area remained relatively uninhabited until the 1900s when the railroad connected inland towns to the ocean. The Intracoastal Waterway opened the area further in 1936.

On December 15, 1998, Silver Carolina Development and Barefoot Landing Inc. presented plans to the North Myrtle Beach city council for the $812 million 2345-acre Barefoot Landing Resort, which would be built over 12 to 15 years. Late in 1999, the city annexed the area, a move expected to double the population in the city limits. In March 2000, a renovated swing bridge built in 1934 was moved from Edenton, North Carolina to cross the Intracoastal Waterway.

In one of the most ambitious golf course projects ever to hit the “Grand Strand”, Barefoot successfully opened four championship courses simultaneously, making it the only time a developer has opened four new courses at the same time in the United States. Our venue was designed by golf’s most inspired architects; Greg Norman, Davis Love III, Tom Fazio and Pete Dye. Each one fulfilled their goal in creating distinctive, visually striking and fun to play courses. Rated as the ‘Golf Course of the Year’ of the Myrtle Beach area and South Carolina state, Golf Digest’s Best Places to Play and Top 100 Courses in America, it’s no secret why Barefoot Resort & Golf is one of the most sought after golf destinations in the country.

Some Facts:
Purchased by Silver Carolina LLC in 1998 after a lengthy permitting process with the United States Army Corps of Engineers. A deciding factor in approval of the site was the elevation the bridge would be over the Intra Coastal Waterway. This minimized the number of times the bridge would have to be opened for boat passage.

More Facts and Future of Bridge:
Silver Carolina contracted with numbers of professional firms to completely refurbish the 63 year old bridge and its mechanical components to as new condition. After completion of the installation of the bridge, bridge approach fixed spans and an approach roadway from the West and East side of the Waterway the bridge was given to the City of North Myrtle Beach.